Blog
You are here: Home / Blog / Photography / Trying Something New With The Band “Promo Shot”

OK, so it might not be the most pleasant thing to look at but if you’ve heard Canaya then you’ll appreciate that soft focus and all white suits is not quite the look to accompany their brand of guttural sonic rage.

I was asked by bassist Chris to do some promo shots along with some live stuff at their most recent show at the Library in Leeds, a great little venue above a pub in the heart of Leeds’ student community. Always wanting to do something a little different from the standard “moody lads trying to look tough” approach, I knew Canaya would be interesting to shoot, primarily because they have a very strong look, but also because they wouldn’t make things easy!

Not for them, hours of traipsing around waste ground, posing in sunglasses and trying to look tough, no sir, they really don’t enjoy having their picture taken so I knew it would be a challenge but they also have a very specific desire not to go down the routes trodden by so many bands before them so we needed something different. 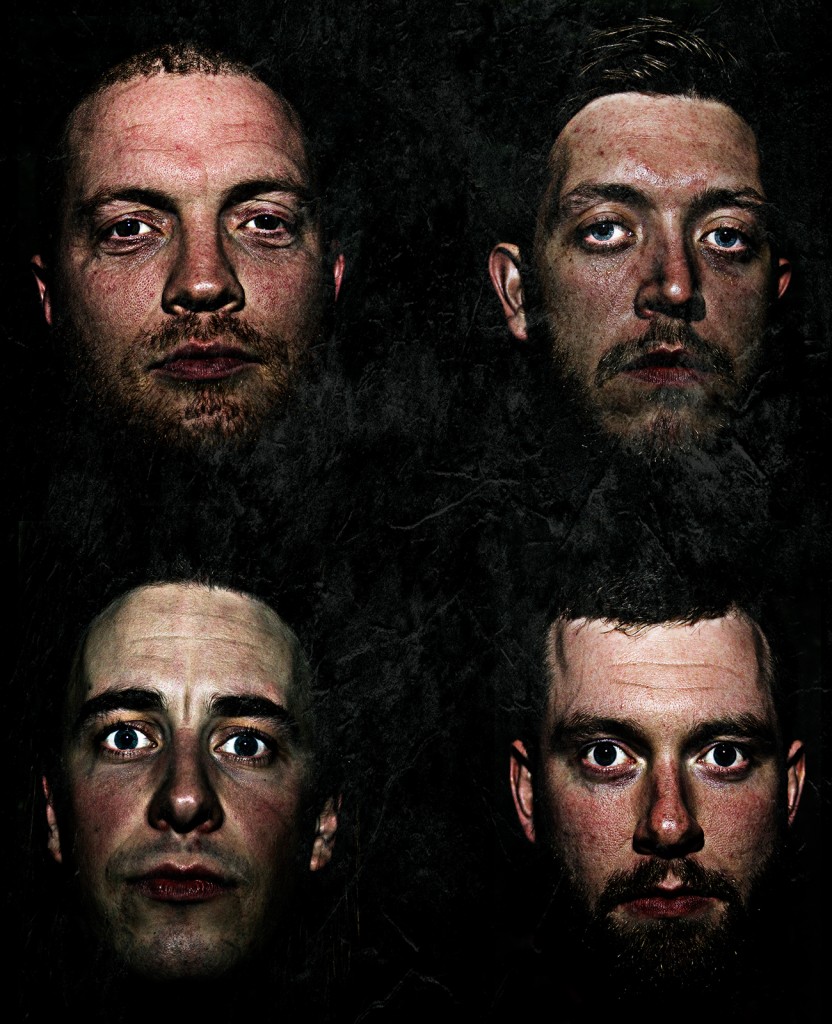 I like referencing other people’s work, I make no bones about it and have no shame in tipping my creative hat to those who have enriched my life with their talent, in fact, I think it’s a fun way to come up with new ideas and my first idea was the shot above. I remember a shot of Metallica made up of a composite of four head shots and I thought playing with that idea would be a good way to avoid the very current clichés, but in my version, the band look far from healthy, far from approachable and exactly like those men your parents warned you about, a kind of bastardised Bohemian Rhapsody/Metallica homage using homeless crackheads!

Getting the boys to look like they weren’t having much fun was easy, I had to make sure though that they look as vacant as possible, dead behind the eyes, so I could take the head shot and edit the images with the “Dragan technique” before adding a layer of grime to the shot. I love how it came out.

The image at the top of this post was actually the singer’s idea, to make a face out of the four members faces and I loved it, I thought it was a great idea for a promo. I took the four head shots which I had already distressed and edited and composited them together to make one “Canaya face,” my inspiration being the obvious one of Frankenstein’s monster and also, Sloth from “The Goonies”

I like them and most importantly, the band likes them. Check out the Stills Gallery for more promo and live shots of the awesome Canaya.

The power of great video! Capture The Festivities This Year With Scarlet View
Scroll to top