Blog
You are here: Home / Blog / Film and Video / “Of Shark and Man” – Sound Design Has Begun 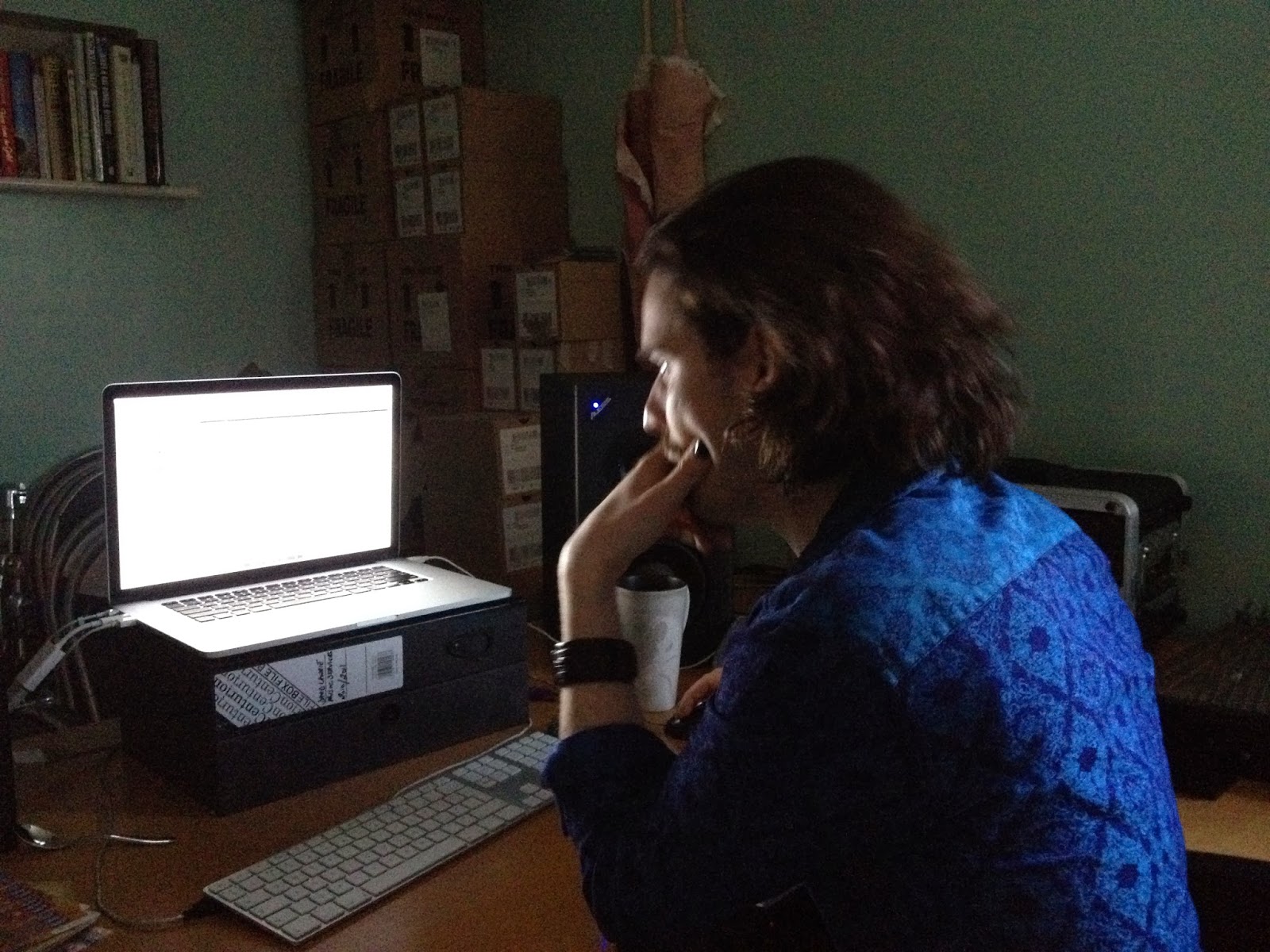 The almighty task begins…David Lawrie hard at work
Today was a bit of a milestone in the production for Of Shark and Man, in fact, so was Tuesday because on Tuesday, the final clips went into the timeline of the first edit, in simple terms, for the first time ever, I can watch the film start to finish without any gaps! Pick up shots were filmed last week (thanks for your help Olli!) and I received the small handful of stock clips I need to accompany a small part of the film we simply couldn’t shoot in Fiji (thanks Duncan and Jillian!) All this means that “editing” now makes way for the part of post production I really enjoy the most, making that edit come alive!

So, back to today, well, today saw the first day of active work on the sound design of the film.

What is Sound Design I hear you ask? “Sound Design” is the process of creating what the film sounds like, from ambient, environmental sounds, to recreating incidental sounds which can’t be recorded in the moment, mixing the films audio, cleaning everything up so it hits that “broadcast” standard and as I said above, ensuring what you see is augmented and brought to life by what you hear.

The Sound Design is enormously important in a film but is something which in modern times has been largely ignored, or at least treated as an afterthought by factual “documentary” based film-makers, of course there are sounds and sound effects but the artistry in creating an audio landscape which tells a story in itself seems to be a rare commodity in factual film, outside of the BBC and the theatrical IMAX releases of course. It’s not a criticism that it’s not there, it’s just not really seen as a necessity outside of the fictional realm which is fine but from the outset, I always wanted Of Shark and Man to have a ridiculously ambitious and detailed audio identity, it would be another aspect of ensuring this entire project is as good as it deserves to be and if your film looks great, sounds great and has a great story, then you stand a much better chance of it being a success but primarily, the motivation has been to approach the crafting of the film in the traditional sense in that it should be treated lovingly, respected and allowed to grow, almost organically into the film it deserves to be. I appreciate how pretentious and wanky that sounds but it is what it is, the art of film-making, like music, fine art, architecture, cuisine etc is a craft which deserves to be respected.

I recommend you take ten minutes to watch this brilliant little look at the sound design on “Monsters University” as it gives an insight into the kind of sound design I am talking about, layer upon layer of sound that fills the areas around the viewer to create the world in which I am asking you to join me, the idea being a truly immersive experience that is not just a visual feast but one which envelops all your senses.

The idea is create the kind of sound design that the big budget productions have, there’s no point setting your sights low after all and given my almost OCD level of obsession for every single tiny little detail, that is a huge task and not a task I can do to the level I want so, enter the incredibly talented David Lawrie. David is a professional musician, artist and producer with a serious level of ability in this field and I am absolutely delighted to have him on board.

We spent most of today going through the concepts for the sound design I have in my head, some of which are very specific and quite avant garde and what really gave me a buzz was that he is on exactly the same page, even making some sounds on the spot for me which I had tried my best to articulate, but far exceeded what I had in mind. I am of the belief that every texture of each sound has to have a reason for being what it is, it must be descriptive and emotive but mustn’t become overbearing. The art of sound design is complex and distinct in that it relies on the obsessive attention to every detail in each shot and the themes of the film, not only that, but also the underlying sub-text and depth that creates the subconscious bind between film-maker and audience.

I’m starting to sound like a bit of a chin stroker I’m aware of that but I guess what I’m trying to say is that it’s really important to me that all of you who watch the film get the absolute maximum bang for your buck and to feel like you are right there with me on this journey every step of the way. The single thing which lets low budget films down more than anything, is bad sound. Muffled voice overs, badly edited audio tracks and no environmental ambiance. The sound on the cut as is, is already pretty good but with David on board, I know it’s going to go through the roof quality-wise.

I’m not going to give away any secrets or any conceptual elements but the sound design will be featured in detail in the “making of” documentary so you will get a really in-depth and detailed look at the process. What I heard today though makes me confident it is going to be pretty incredible. You will get your first glimpse into the completed sound design and look of the film when the official trailer is released sometime in the next couple of months.

Once again I am reminded how lucky I am to have so many talented friends and people who believe in this project. When I started out all that time ago, I could never have imagined where this film would take me on my own creative journey and right now, I have never been more excited.