Blog
You are here: Home / Blog / Film and Video / An Incredible Week And Two Awards At The Nice International Film Festi...

Wow! What an amazing experience that was!

I’ve recently returned from an incredible week in Nice at the International Film-Maker Festival of World Cinema, where Of Shark and Man was nominated for three awards.

If I had to choose the main thing I brought back with me, it is the influence of being around the right people in giving you a sense that what you do is not only worthwhile but also has a great value not just to yourself as a film-maker but to those who get to see and enjoy your work.

I couldn’t think of a group of people who are more deserving of the accolades they received throughout the course of the festival, there was such a wealth of talent on show that the energy permeated everything throughout the week. There was no competitive edge to anything, just support, positivity, enthusiasm and friendship. Film-Makers, Actors, Producers and Industry Professionals of all ages mixed, talked and supported each other through everything and I came away from the week with more friends than I had when I arrived and that can only be a good thing!

What was apparent from the outset was that Of Shark and Man had really generated a buzz around it, people would recognise me from the festival magazine and come over and talk to me at length about the film, there was a real interest from those in attendance about the story, the production and me as a Film-Maker. I wasn’t really expecting this but it was such a huge boost to feel so accepted into such a talented group of people, some of whom have been involved in some major international productions. 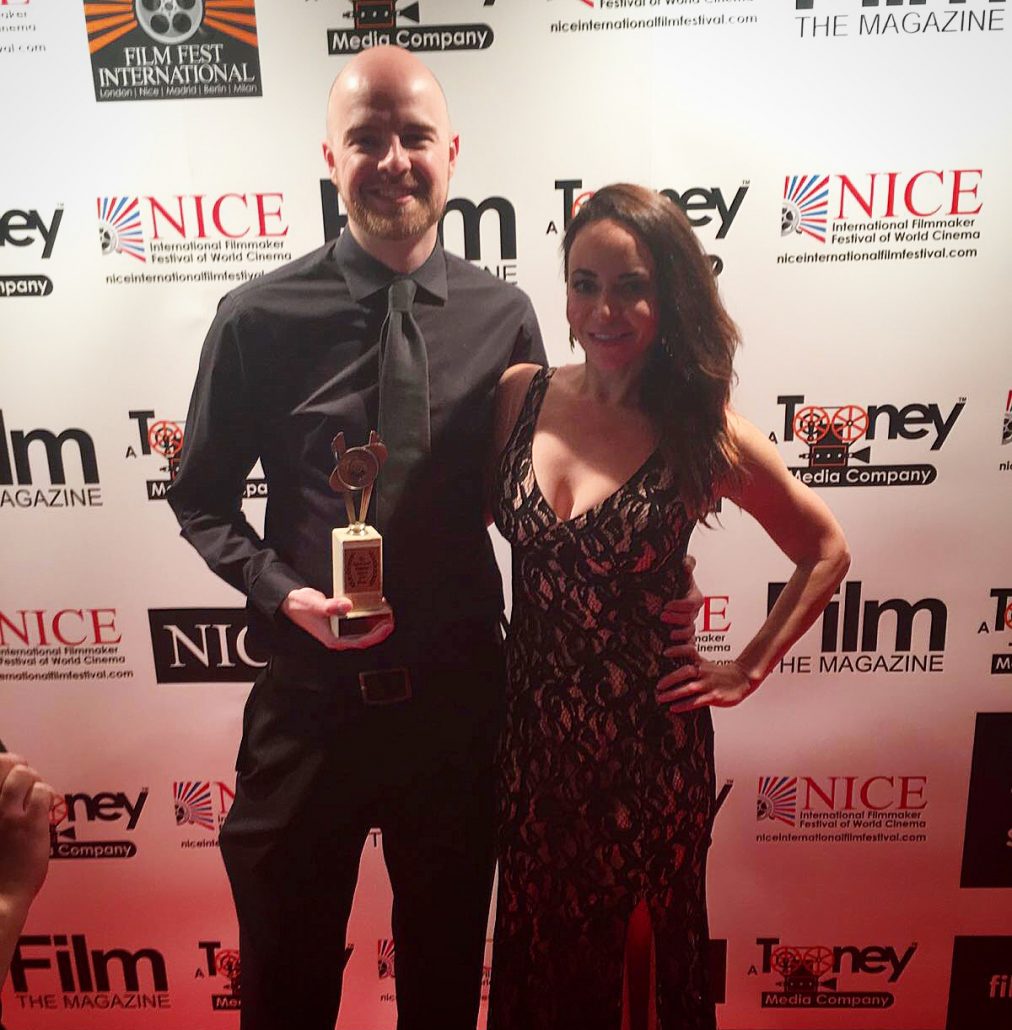 Being a stand alone Film-Maker is a tough life sometimes and my life is a pretty lonely place for much of the time. I have gone through so many emotions over the course of making Of Shark and Man, from total self belief to crippling self doubt and everything in between. I have experienced so much positivity but also some severe negativity, when you are doing almost everything on your own, you can only rely on yourself to pull yourself up when others are trying to drag you down. What was apparent during the week in Nice was that everyone had been through the same thing so we all had a common ground upon which to build new friendships.

This was the one festival I really wanted OSAM to be accepted into. I wanted to focus on mainstream festivals, not just to get the message in the film out to my key audience, but to put myself in a position where feedback on the film itself would be much more likely to be genuine, as in the film would be judged as a film, not as a piece which can be used to promote shark conservation. It was a massive boost then to find out that people who would never normally watch films about sharks, genuinely loved the film and rated it highly. 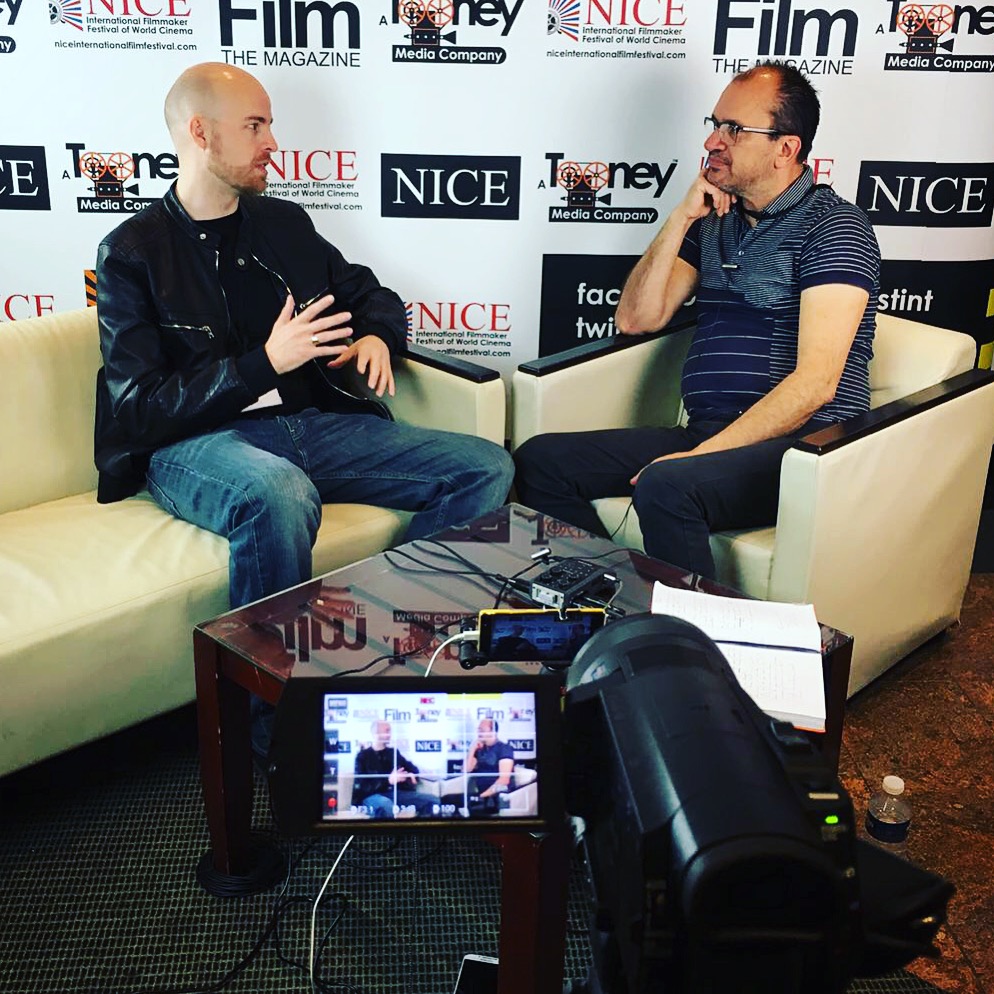 The feedback was also that there was a lot of positivity about the original delivery of the film, there was no preachy message, no self aggrandising intention to actively change people’s perceptions of sharks and that most importantly, it engaged an audience that had no “skin in the game” so to speak. The recurring theme of the feedback was that Of Shark and Man is a film rich in honesty, integrity and quality, the three cornerstones that motivate everything we do at Scarlet View Media.

By the end of the week, everyone I spoke to wanted to engage me in a conversation about sharks, not because they felt they had to, but because the film moved them to do so.

The awards night itself was brilliant, the following morning’s hangover however, less so! To win two awards was such an honour but the greatest privilege of all was to be so warmly accepted into a group of such incredibly talented people.

Throughout the week I saw some genuinely brilliant films of very different genres which I enjoyed immensely, (I wish I could have seen more) so please check them out in the list below, see what you think and if you like what you see, support them!

First Is The Worst

Spirit Of The Bull

To The Moon and Back 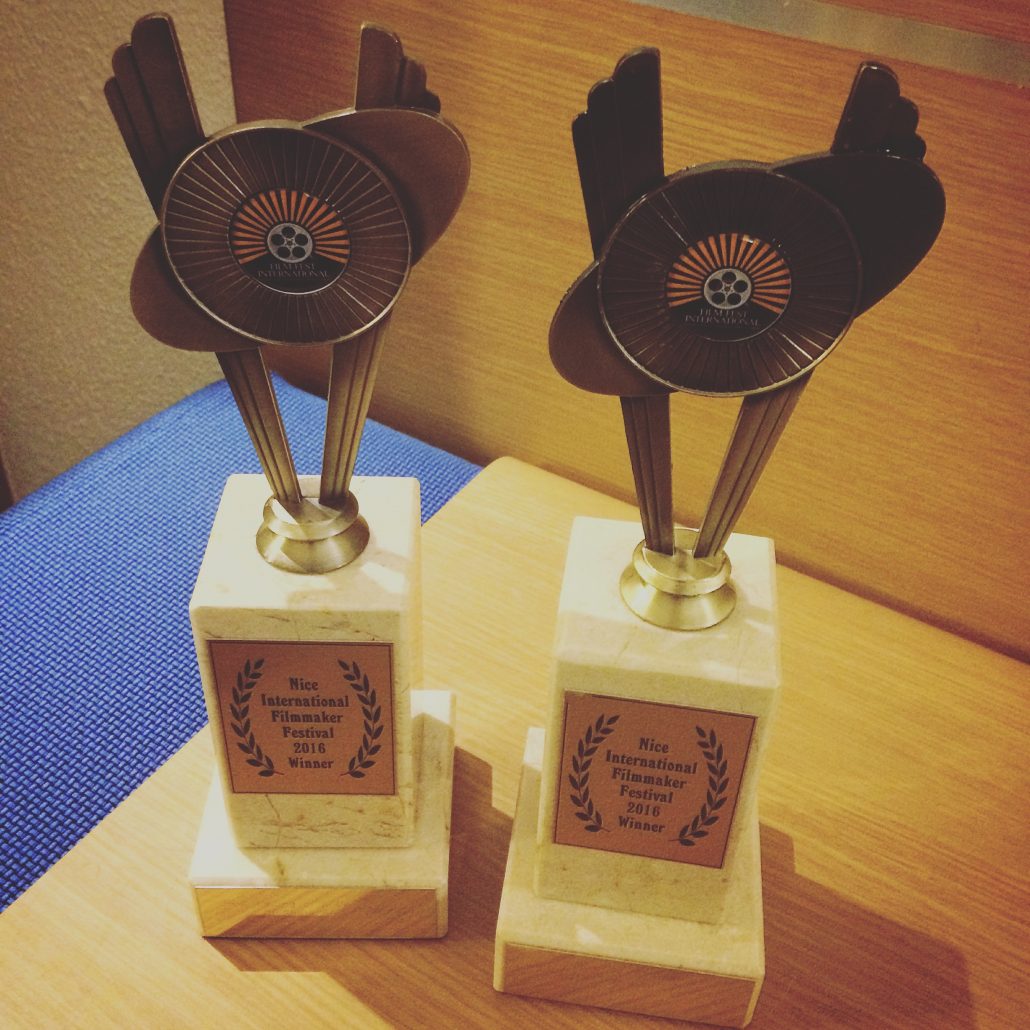 Thank you once again to all the organisers and participants for a truly magical week, I owe you all for the sense of belonging and revitalisation you gave me.